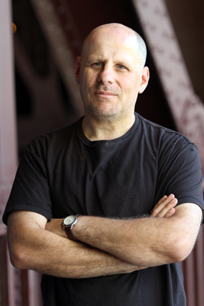 Eric Weiner has been a correspondent for National Public Radio in India, New York, Miami, and Washington, D.C., and traveled to over 30 countries in the past decade.  In 1994, Mr. Weiner was part of an NPR team that received a Peabody Award for a series of reports on the U.S. tobacco industry. He has also reported for the New York Times and was a Knight Fellow at Stanford University.  His commentaries have appeared in many prominent national publications.

The biography (above) is from the author's Official Website.

For more in depth biographical treatments, click on this article from Contemporary Authors Online.